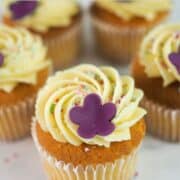 This is a basic recipe for super moist vanilla cupcakes from scratch. If you are new to baking and are looking for a good, homemade cupcake recipe, this is a perfect recipe for you.

The ingredients are basic, the making method pretty easy too, so all in all, this is a fairly easy made from scratch vanilla cupcake recipe to master.

And the best part is, you get cupcakes that are so wonderfully moist and fluffy!

And these, for the frosting:

Mixing the batter from scratch

Cream the butter and sugar well

All ingredients should be at room temperature

Do not overbake the cupcakes

Here is the full printable version of my vanilla cupcakes from scratch. 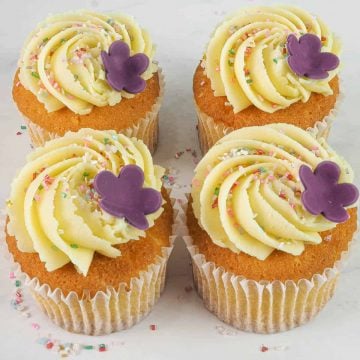