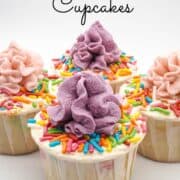 I added colorful funfetti sprinkles to the cupcake batter and once baked, the cupcakes turned out with such a lovely mix of rainbow colors!

An important tip in making these funfetti cupcakes is to make sure the cupcake batter is not too runny or else all the sprinkles will sink to the bottom of the cupcakes after baking.

And most importantly, after adding the funfetti to the cupcake batter, do not over mix; over mixing will break and dilute the sprinkles and there will not be any distinct specks of colors in the cupcakes after baking.

And here is what you need for the decorating:

Here is how to decorate the mini cupcakes:

Here’s how the mini funfetti cupcakes looked like after decorating:

Eggs and butter should be at room temperature

Do not add too much liquid to the batter

Do not overfill the casings

Like this cute and colorful cupcakes idea? Here are my other posts you might want to check out 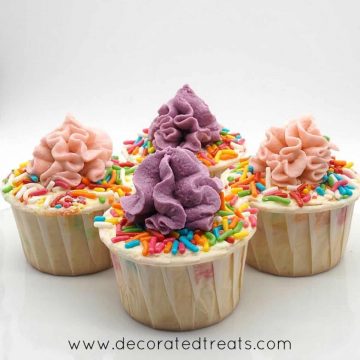 And that’s my mini funfetti cupcakes recipe for you.